Xiaomi Vs Samsung? Which one is Number 1 in India? 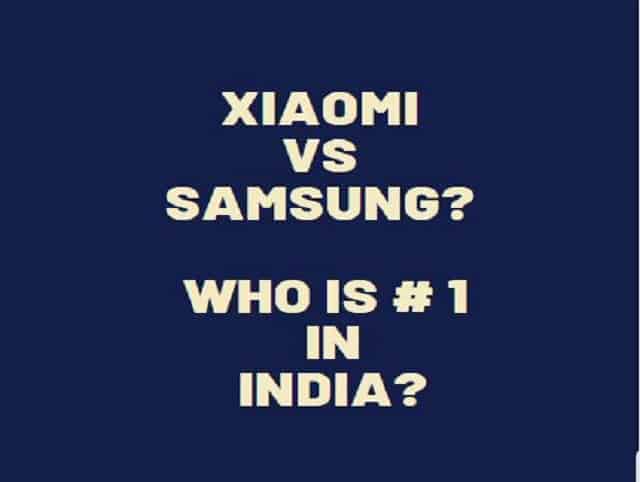 Xiaomi Vs Samsung? Which one is Number 1 in India, might be the question in your mind right now. The Indian smartphone market is quite large and it is changing rapidly. From a long time, Chinese brands such as Xiaomi have occupied their large market share, but on the other side South Korean company Samsung is also providing tough competition.

After the data shared by companies monitoring the smartphone market, it is not possible to understand which company is on top in India. According to ITC and Canalys, Xiaomi is at the top. At the same time, the Counterpoint and CMR data show Samsung as No. 1.

All the smartphone market trackers have shared the Samsung and Xiaomi performance data between July and September (in the third quarter of 2020). On behalf of IDC and Canalys, the Chinese technology company Xiaomi has been declared the company with the largest market share. At the same time, Samsung has been named the top smartphone company in India by Counterpoint Research and Cyber ​​Media Research. The report of the four states that there have been record shipments this quarter.

The latest IDC report stated that Xiaomi has stayed on top for more than three consecutive years and has sold 1.35 crore smartphones in the third quarter of 2020. According to IDC, Xiaomi grew 7 percent over last year and has overtaken Samsung. Last month, Canalys also described Xiaomi as the leading brand in the Indian market. At the same time, according to the other two trackers, Samsung has overtaken Xiaomi and reached number 1.